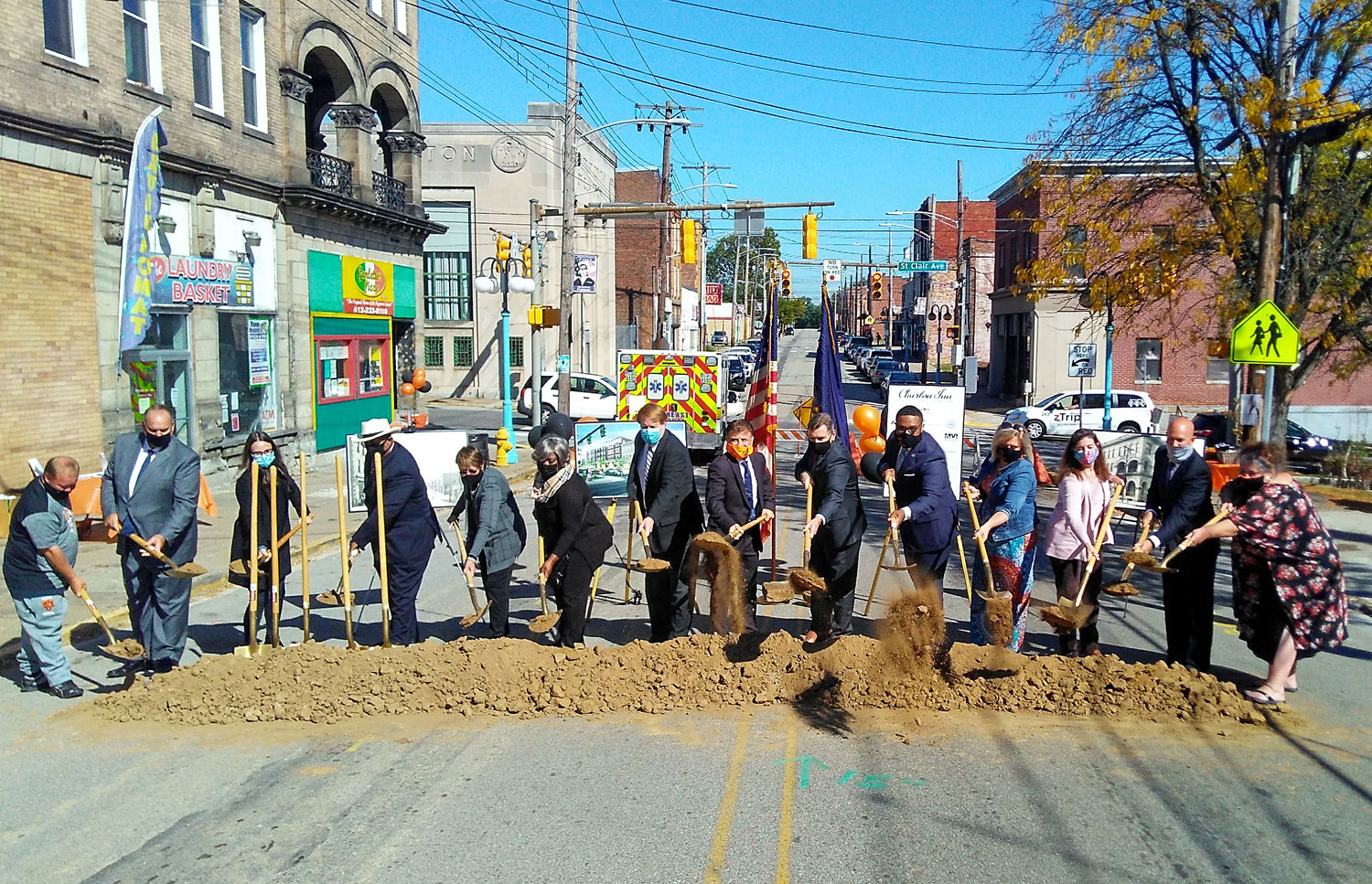 State, county and local officials broke ground this morning on what Clairton Mayor Richard Lattanzi said is probably the largest new development in his city in 50 years.

The $16.7 million, 70,000-square-foot Clairton Inn Project will provide 49 units of quality, affordable housing and several street-level commercial or retail spaces along Miller Avenue in what was the heart of the city’s business district through most of the 20th century.

The development also will renovate and preserve the historic Clairton Inn building, a former hotel erected in the early 20th century, and remove several blighted buildings. 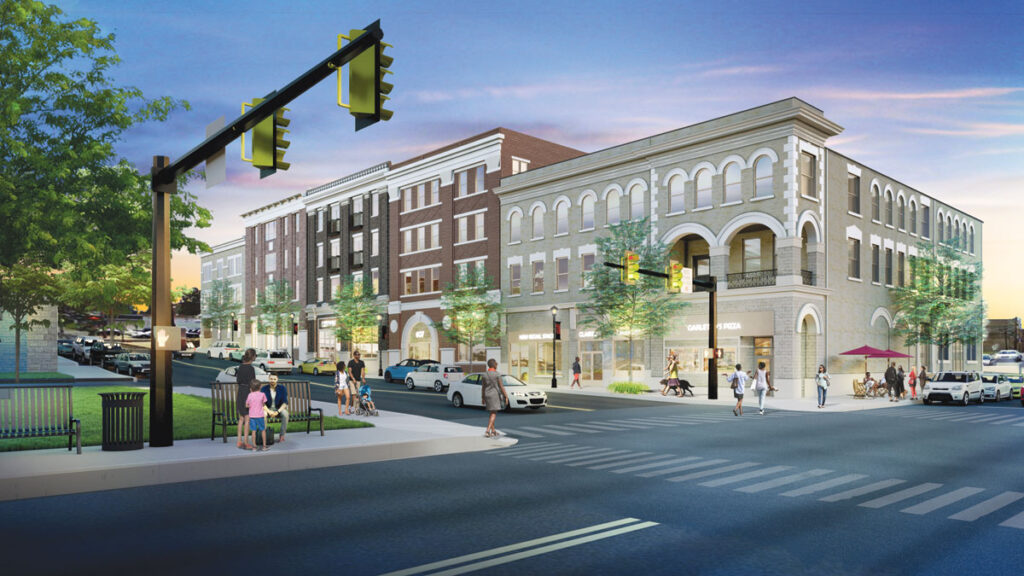 “A whole lot of people were involved with this,” Lattanzi said. “So you can imagine how excited I am today.”

Mon Valley Initiative is the developer of the project, which is designed by LGA Partners. Mistick Construction is the general contractor and is working to hire Clairton residents as laborers. A recruitment table was set up at this morning’s event.

“It’s a great day for Clairton,” said state Rep. Austin Davis, who was part of the team that negotiated a deal to use tax credit financing to help pay for the project.

“I remember a few years ago, when we cut the ribbon for the produce market up the street,” Davis said. “We said, ‘Clairton’s best days are still ahead of it.’ Today is the confirmation that it’s absolutely true.”

“This was really a team effort,” he said, and thanked Allegheny County Executive Rich Fitzgerald for his help in bringing the development to Clairton.

“This project was hard work,” Zinski said. “I want to thank everyone who participated in the planning process over the past couple of years. The community crafted the vision for us, so we were able to carry on with it. It was the mayor, council, it was Economic Development South, and we could not have done it without the help of Rep. Davis and (Secretary) Davin at the Harrisburg level.”

Construction is expected to begin once several existing vacant buildings are demolished, with scheduled completion in early 2022.