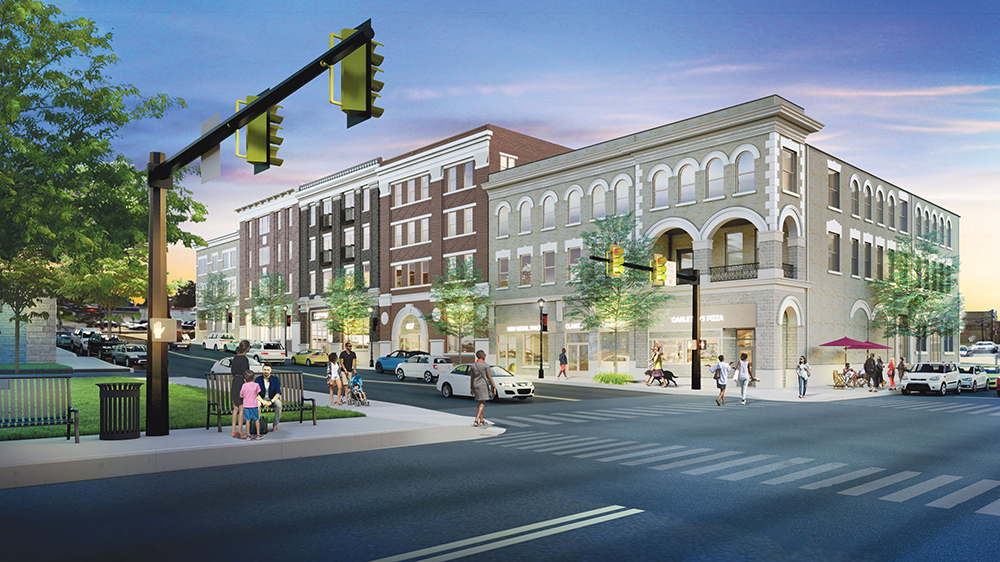 State officials have honored the City of Clairton for its efforts to create quality, affordable housing and remove blight from the central business district.

During a ceremony that was held online due to the COVID-19 pandemic, the Pennsylvania Department of Community & Economic Development presented Clairton officials with the Governor’s Award for Local Government Excellence in the category “promoting community and economic revitalization.”

Clairton was recognized for its efforts to promote and facilitate the Clairton Inn project, a $16.7 million mixed-use development now under construction at the corner of St. Clair and Miller avenues.

A project of Mon Valley Initiative, the building will include 49 affordable apartments as well as a new home for the Clairton Public Library and four first-floor commercial spaces. Completion is scheduled for mid-2022.

“After being faced with an unprecedented pandemic that impacted communities across the state, this year’s awards truly speak to — and honor the resilience and proactive efforts of — the inspiring Pennsylvania community leaders and groups that we are celebrating today,” said Dennis Davin, Pennsylvania Secretary of Community & Economic Development.

“These projects have brought critical services and assistance to residents in need statewide, and in many cases position communities for long-term success in their project areas,” Davin said.

Clairton’s award was presented by Rick Vilello, deputy secretary for community affairs and development, and Kim Bracey, executive director of the Governor’s Center for Local Government Services. Pennsylvania Gov. Tom Wolf congratulated all of the winners.

The Clairton Inn development is part of the Clairton Neighborhood Partnership Program, funded in part by BNY Mellon and Highmark.

“This award recognizes the value of cooperation and community engagement across all levels,” said Laura R. Zinski, chief executive officer of Mon Valley Initiative. “The Clairton Inn project wouldn’t be happening without the leadership of Mayor Rich Lattanzi and Clairton City Council, who together listened to the community’s needs and responded. It also demonstrates the value of a close working relationship between private corporations, non-profit organizations and public officials to ensure investment in critical community infrastructure such as affordable housing.”

Other honorees from Western Pennsylvania during this year’s award ceremony included the Tri-COG Land Bank and the City of Aliquippa.