Connecting with Our Communities 2015

Connecting with Our Communities 2015

The MVI Community Outreach Team maintains a deep local connection with member Community Development Corporations (CDCs) by providing guidance, supporting growth, and responding to the needs of the communities. Their successes are marked by the accomplishments of the volunteers that make up each CDC and the relationships built between residents and surrounding communities. Here are some of their successes from 2015: 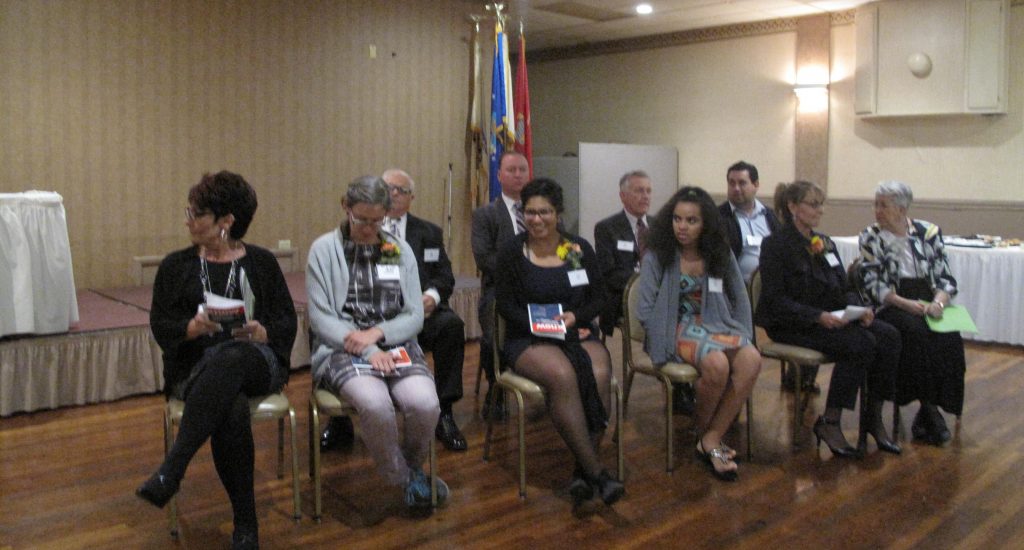 Everyone had an enjoyable evening at the 2015 Annual Dinner, held at the East Pittsburgh Veterans of Foreign War. The quote that created our theme for the evening was: “And that is how change happens. One gesture. One person. One moment at a time.” ~Libba Bray, Author

MVI awarded their annual Heinz Award for Community Service posthumously to Malcolm Blount, former CIF Committee member, and their Regional Partnership Award to the Allegheny Trail Alliance. Each CDC selected their own awardee for Community Partner of the Year.

Pictured above are several of the CDC awardees and those presenting the awards.

Along with the launch of MVI’s new website in July 2014, the Outreach team began producing blog posts (like these) to give our readers a better look into our organization. In 2015, they have posted 18 blogs and the blog has had over 2500 views this year.

The Outreach team has also continued developing social media strategy to highlight important MVI and CDC events and to encourage online engagement and interaction. With the help of our Facebook insights, here are some of the posts that engaged the most people in 2015:

The “Save the Date” post for our Make Swissvale Home event in April, 2015: 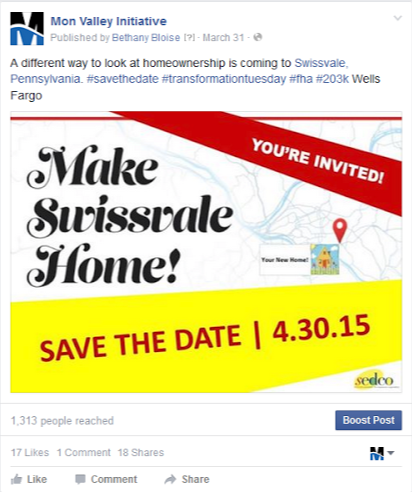 The announcement about North Braddock Cares’ “Board Up” service project: 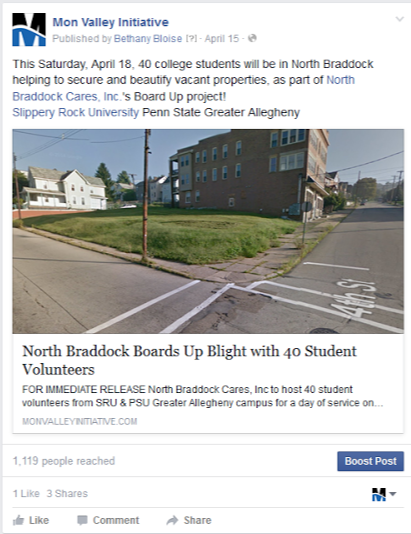 The unveiling of the newly-renovated Braddock Free Press Buildings: 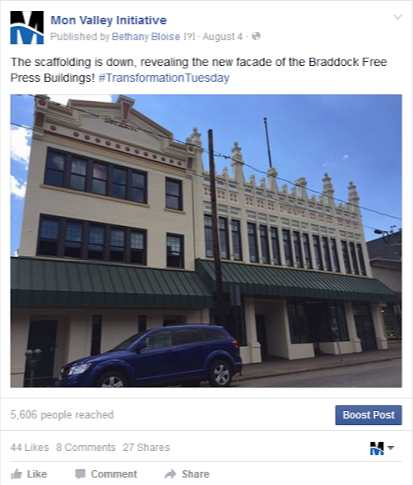 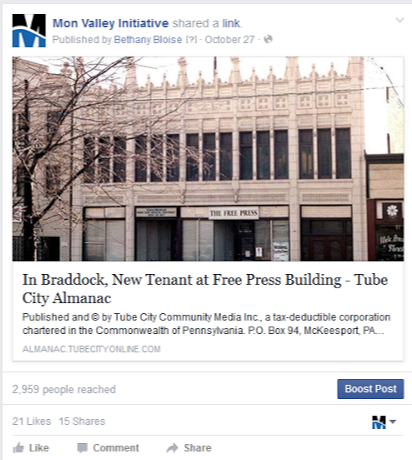 Find out more about the Community Outreach Program on our website, and give your support by donating online for our Annual Appeal!