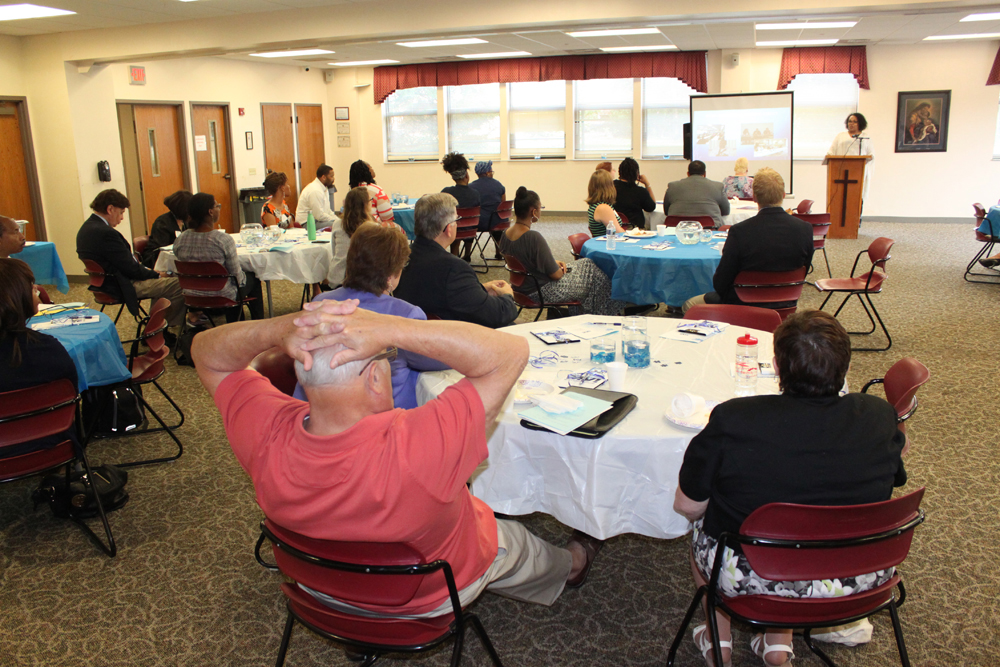 Attorney Edward Van Stevenson Jr. says he grew up wanting to be a professional basketball player.

Instead, he says, the Lord had plans for him to go to work “in a court, not on a court.”

Stevenson, who delivered the keynote presentation on July 21 during the Mon Valley Initiative’s 15th annual Employer Appreciation Breakfast, is about to mark his 46th year as a lawyer. He currently serves as managing attorney at Neighborhood Legal Services Association.

“I can’t tell you how blessed I’ve been,” Stevenson says. “I never thought in my life I’d be doing what I’ve been doing for 45 years. And it’s all work in the field — working with clients. And they remember what you’ve done for them, and they’re very thankful.”

Much of Stevenson’s work focuses on helping ex-offenders to turn their lives around. In many cases, that means helping them find gainful employment, which may require getting their criminal records expunged or sealed, or asking for a pardon.

“I’ve had people say to me, ‘If I can’t get my record expunged, guess what I’m going to do?’ And you know what they’re talking about — they’re going back to crime,” Stevenson says. “So whatever skills I have, I’m obligated to help them. Because that could have been me. I have to take the skills I have and try to make a difference.”

The Employer Appreciation Banquet is hosted by MVI’s Workforce and Business Development Team, which provides career and job counseling services for people who are unemployed and under-employed; helps to match employers with people who are looking for work; and advocates for the unemployed, including ex-offenders.

She says that much of her business consulting expertise was learned the old-fashioned way — by trial and error.

“I didn’t have anyone to teach me,” Wofford says. “There were a lot of things I tried, and I can now tell you statistically why they didn’t work.”

Khristina Estes, recruiter for Eat ‘n Park’s restaurant division, accepted the award on behalf of the company. She told the assembled guests, “What you do is really important and our company appreciates it.”

Larry Lee of Homestead was honored as 2017’s “success story.” Lee came to MVI after losing a job and now works for a major Pittsburgh hotel. He has become an advocate for MVI, even meeting with funders to explain how MVI’s job and career services work.