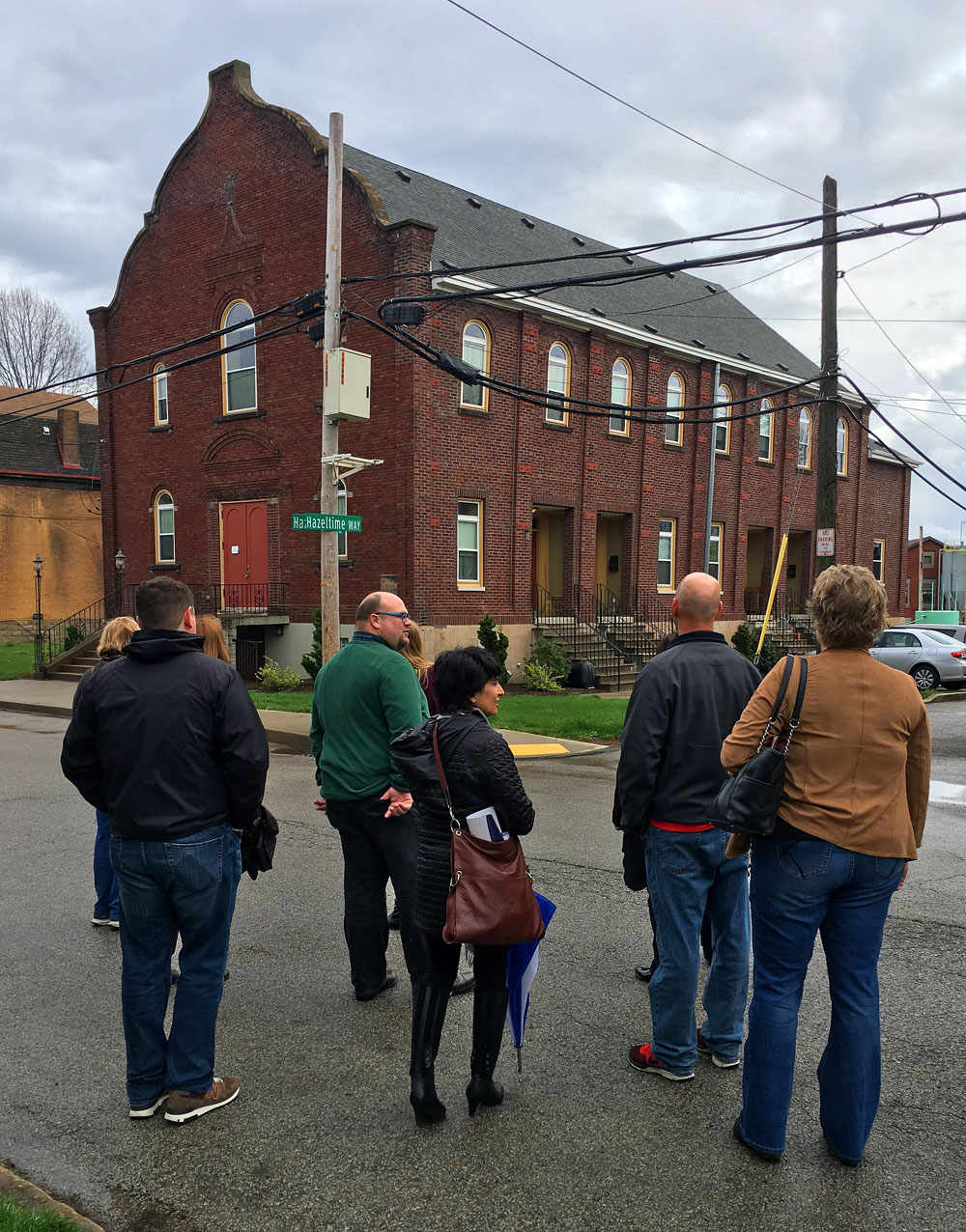 Members of Leadership Pittsburgh XXXIII learned about efforts to revitalize Swissvale during a walking tour of the borough on April 5.

About 10 people were greeted at lunch by Swissvale Mayor Deneen Swartzwelder, then visited the former Madonna del Castello Roman Catholic Church on Duquesne Avenue, which was converted into condominiums by MVI in 2011.

Leadership Pittsburgh visitors also saw several homes on Monongahela Avenue that have been renovated for resale by MVI, as well as the former Denniston Elementary School, which is scheduled to be converted into condominiums by MVI in 2017 and 2018.