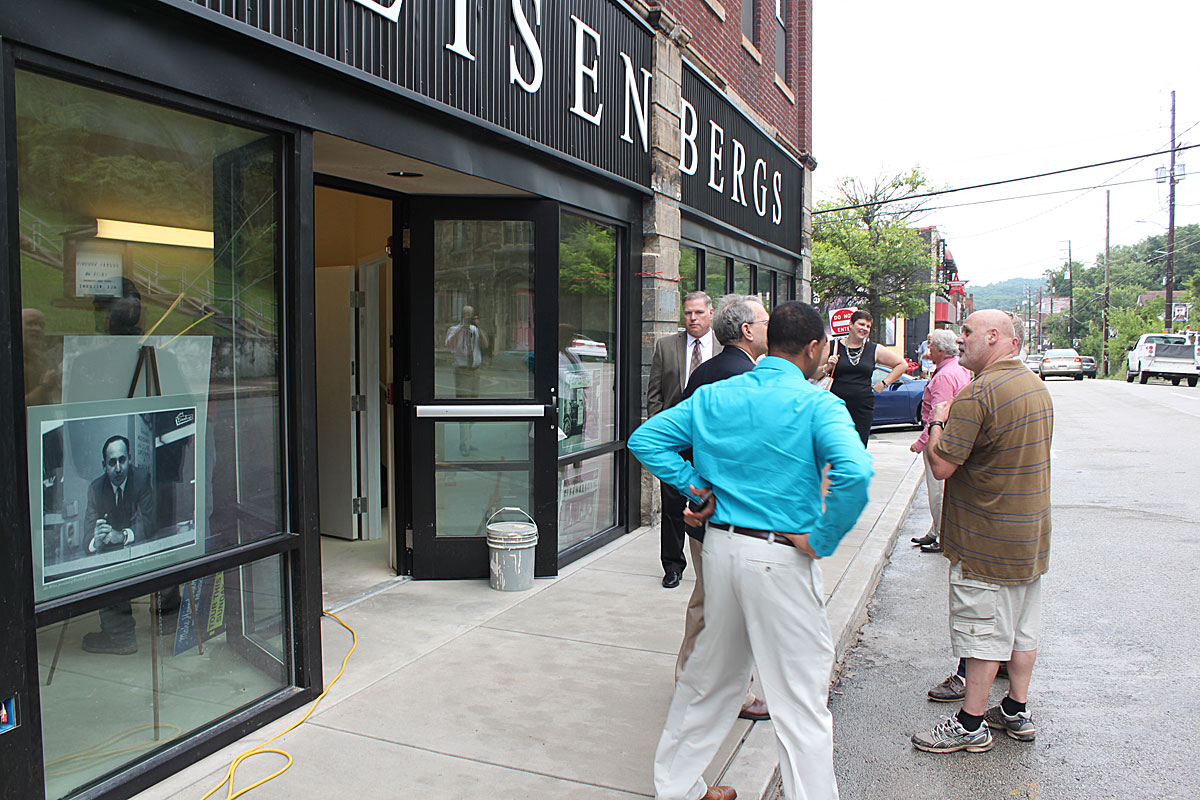 Supporters of a new Monessen apartment complex were given a sneak preview of the 13-unit building on July 13.

The Eisenberg’s Apartments have been created inside the historic former department store of the same name under the guidance of the Mon Valley Initiative, which owns the building at the corner of Schoonmaker Avenue and Fourth Street, and its local partner, Monessen Community Development Corp.

The units range in size from 700 to 850 square feet and include both one- and two-bedroom apartments.

All of the units feature high-efficiency lighting and central air conditioning systems. Rents will range from $405 to $620 per month.

Work began on the apartments last year and the first tenants are expected to move in later this summer, said Patrick Shattuck, MVI real estate director. NDC Real Estate Management Inc. will oversee operation of the Eisenberg’s Apartments for MVI.

Eisenberg’s was built in 1915 and 1916 as the Stephens Building. The architects on the renovation are LGA Partners LP and the general contractor is Liokareas Construction of Bethel Park. Total project cost is $2.3 million.

Also in attendance was Ron Wilen, whose grandfather, Hungarian immigrant Henry Eisenberg, founded Eisenberg’s Department Store in 1908, and Wilen’s wife, Laura. Wilen managed the store from the 1970s until it closed in 1997.