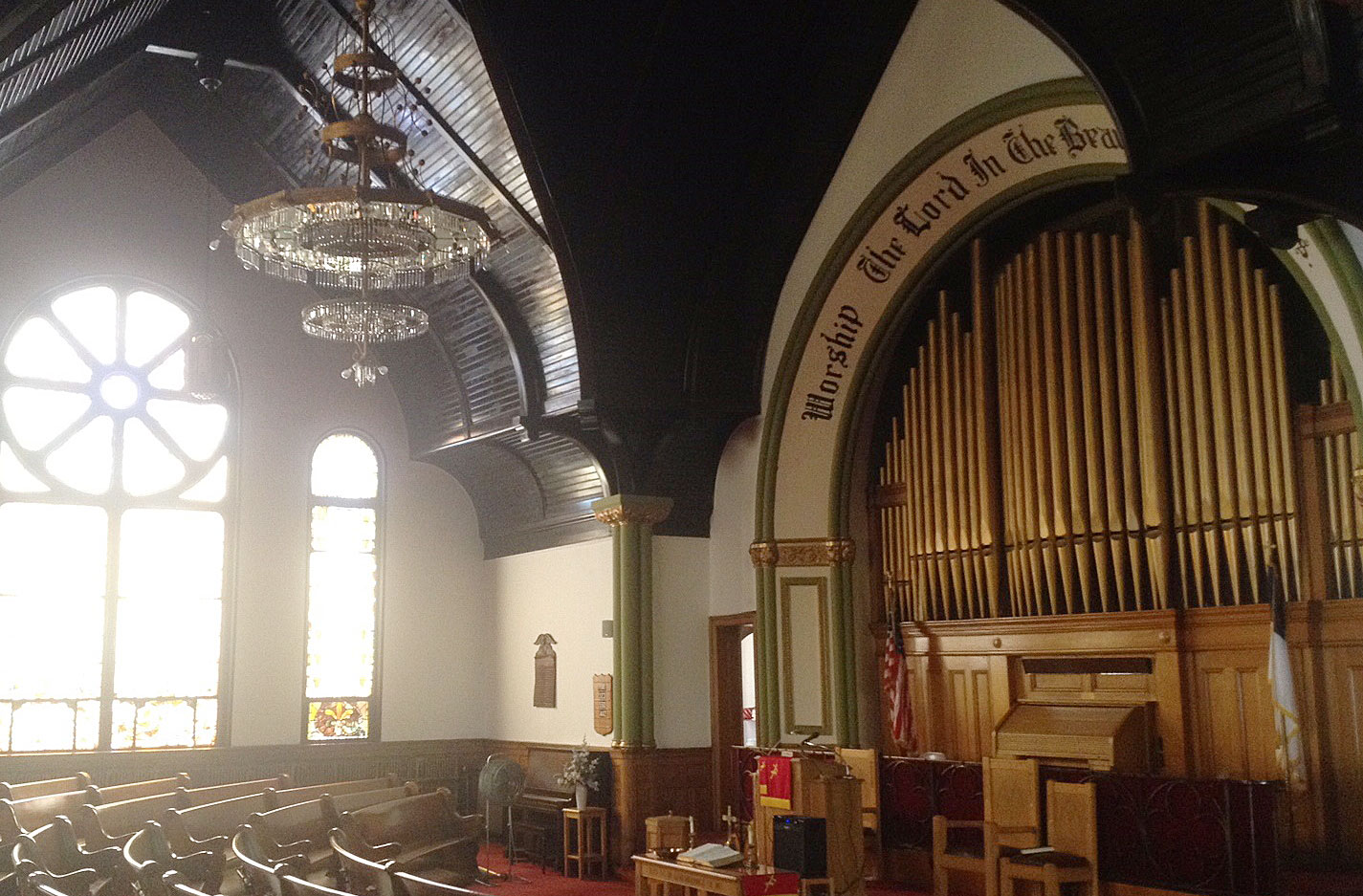 In 1893, it was surely no accident that the congregation of the First United Presbyterian Church of Braddock built a new church next door to the Carnegie Free Library of Braddock, the crown jewel of the community, which was undergoing substantial expansion the same year.

Presbyterianism in Pennsylvania was strongly associated with families of Scottish origin who sought freedom from religious persecution in the United States. With such deep roots in the Scottish community, the United Presbyterian denomination had special status in Braddock, a community built on the investments of Andrew Carnegie.

The prestige of Carnegie’s gift would have equaled or elevated the church’s own. In fact, the two buildings shared a direct connection to Carnegie: the 1964 church history records that its pipe organ was a gift of Mr. and Mrs. Andrew Carnegie, who also placed one in the Braddock Library music hall the same year. The church remained in use by the First United Presbyterian congregation until 2017.

Once the congregation of the First United Presbyterian Church of Braddock dwindled to only a dozen people, church leadership asked MVI to acquire their lovingly maintained property to ensure it would be preserved. It has a prominent location in the community next to the first Carnegie Free Library of Braddock, which was recognized as a National Historic Landmark in 2012.

The goal of this project is to evaluate the property in preparation for nomination to the National Register and perform feasibility and analysis of potential reuse of the building. MVI will preserve the historic building and adapt it for reuse, protecting a community asset and complementing the library.

The 1964 church history reports that a renovation of the basement was completed in 1954.

Other than this and a few minor changes to the interior, such as the installation of carpeting and the closure of the passageway between the chapel and the room to its south, the church exhibits little consequence of the passage of time since its construction. In a community which experienced sharp decline and deep disinvestment since the collapse of the steel industry in the 1970s and 1980s, First United Presbyterian’s social and physical history have been remarkably stable.