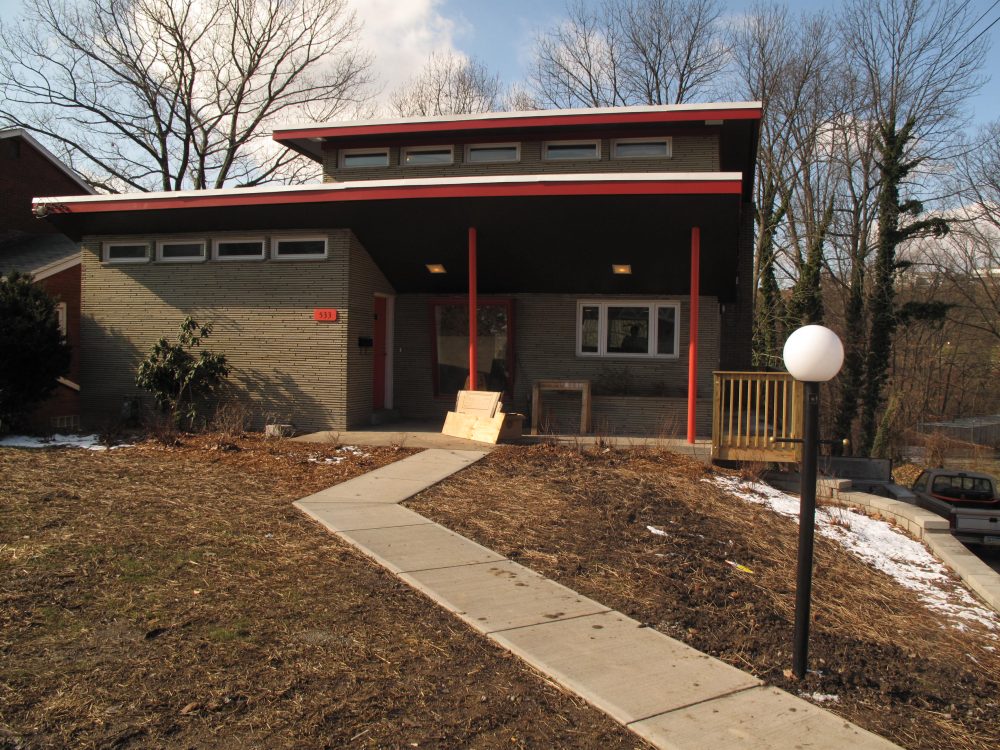 Mon Valley Initiative does many “rehab for resale” projects. Typically, these involve single-family homes built between 1900 and 1940.

And unlike the Cape Cod and “Four-Square” homes seen in much of the Mon Valley, the house on James Street was a one-of-a-kind. The 2,500-square-foot, four-level, ranch-style house, overlooking a wooded ravine, was built by Carl Anderson of Anderson Building and Construction Inc.

Anderson incorporated many features that were considered “futuristic” for the 1950s (the construction style used has become known as “mid-century modern”) and the house regularly turned the heads of passersby.

But after Anderson sold the house in 1992, it was abandoned. MVI acquired the property as a blighted house in 2009 and used Neighborhood Stabilization Program funds to restore the structure to its original 1950s style.

The renovations were featured in a 2012 article in the Pittsburgh Post-Gazette, and 533 James St. quickly found new owners who enjoyed showing off their “atomic-age” home.