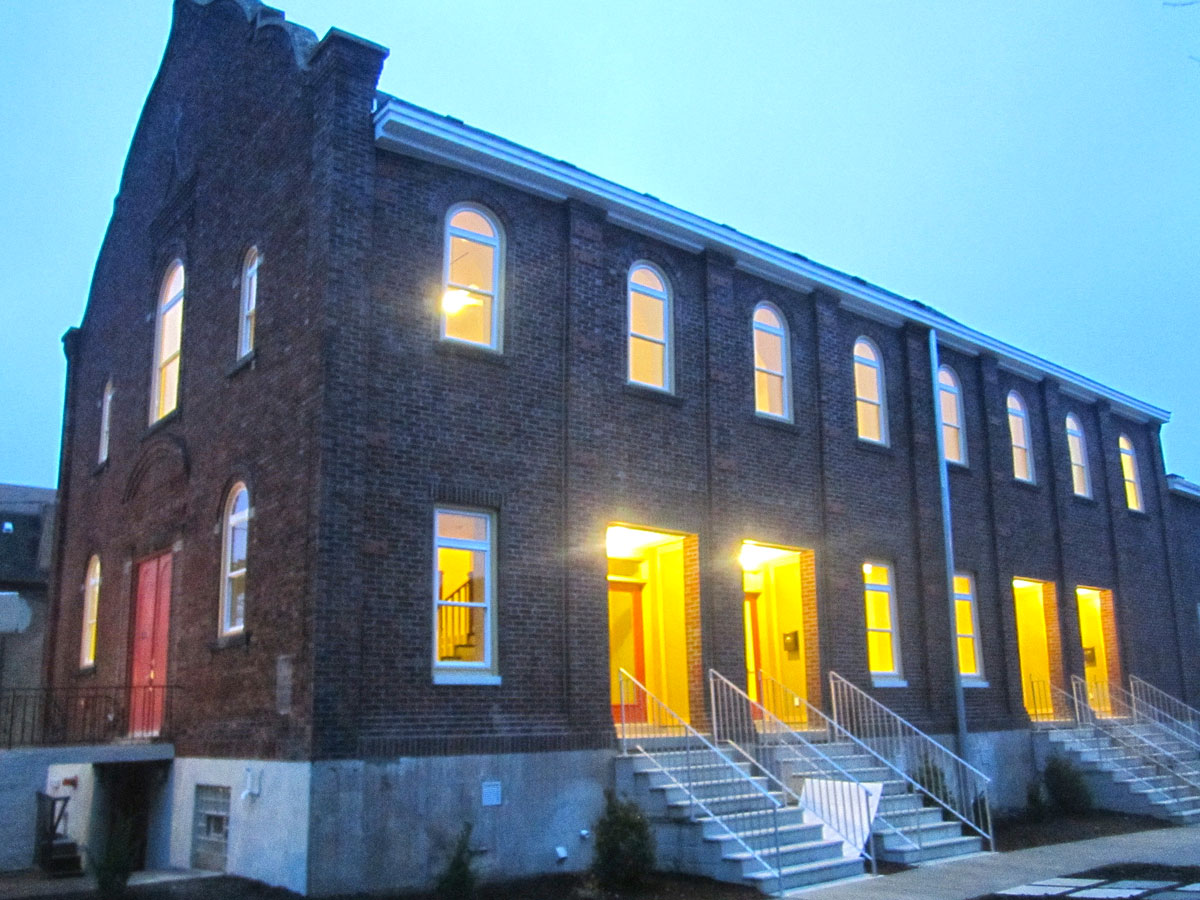 Built in 1922 and 1923, Madonna del Castello Church served its Roman Catholic parishioners — mostly Italian immigrants and first- and second-generation Americans of Italian descent — faithfully until 1966, when a new, larger church was constructed a few blocks away.

The old church was occupied by a Protestant congregation for several years, but when it, too, moved away, the building became vacant and fell into disrepair.

Reuse as a church was not deemed feasible. Instead, Mon Valley Initiative and Swissvale Economic Development Corp. worked on a strategy to turn the building into condominiums that would incorporate as many of the church’s original architectural features as possible.

MVI purchased the property for $10,000 and, working with Lami Grubb Architects and Mistick Construction, transformed Madonna del Castello Church into four condominiums, including three two-bedroom units and one three-bedroom units. Prices ranged from $80,000 to $105,000.

A former rectory and convent next door were deemed unsalvagable and demolished, but the vacant lot was held in reserve for possible re-use either as housing or greenspace.