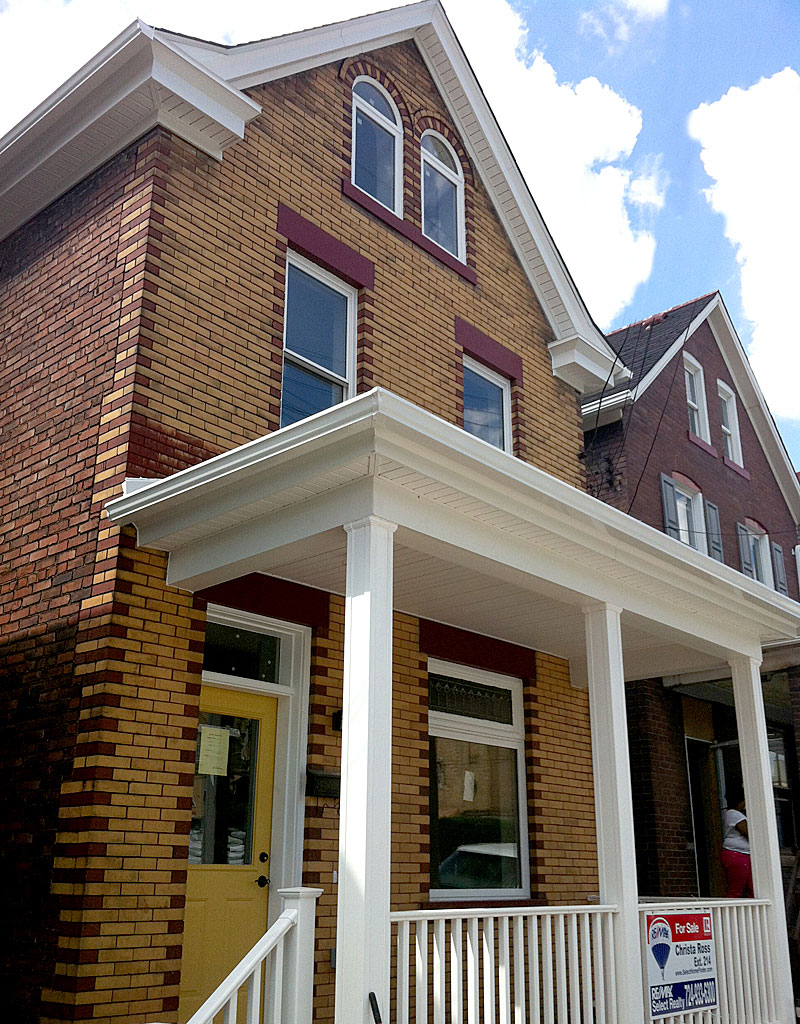 Rankin Borough is a compact (approximately 320 acres) municipality of about 2,100 people, located between Swissvale and Braddock. Already heavily developed by the 1940s, relatively few new single-family houses were built after World War II. A devastating fire swept the central business district in the 1950s, and most of the new residential units constructed in the 1960s and 1970s were apartment complexes for people low or fixed incomes.

In the early 2000s, the Rankin Community Development Corp. and Mon Valley Initiative laid out a development plan for addressing the pockets of blight in the borough.

In 2004, construction began on the initial redevelopment project, the “Corners at Fifth.” MVI assembled two dozen vacant or blighted properties at the intersection of Fifth Avenue and Rankin Street. After demolishing those buildings, eight single-family homes were constructed.

There was some uncertainty about whether the market would support new detached housing in the borough, but all eight homes sold quickly.

These 12 houses — a mix of three- and four-bedroom units — helped turn a corner of Rankin from an eyesore into an asset and confirmed that there was a market for quality affordable housing in the borough.

During the same time period, several existing homes along Third Avenue in the borough — just two blocks away — also were rehabilitated by MVI and quickly found buyers as well.

Focusing our redevelopment efforts on these properties helped to stabilize the neighborhood and attracted new families to Rankin, which is easily accessible to public transportation, jobs, shopping and services, including the East Busway, The Waterfront and the Carrie Furnaces development site.