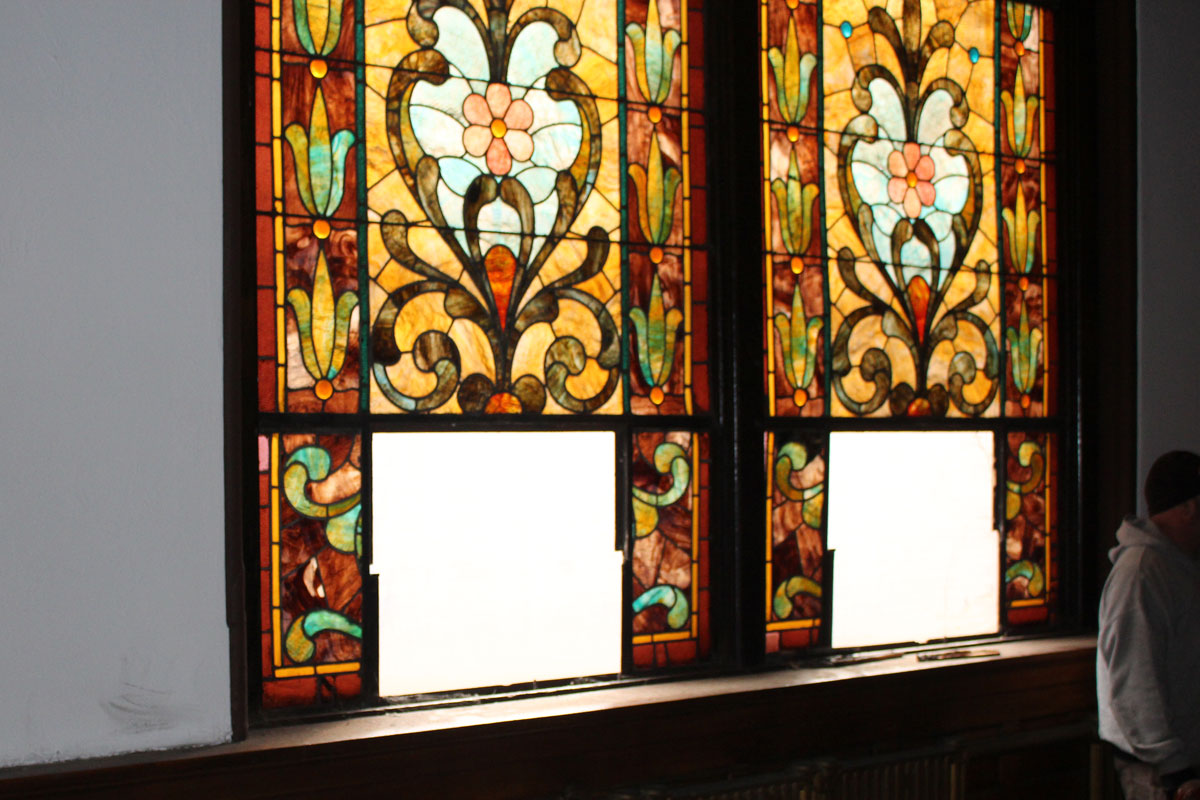 Mon Valley Initiative and Braddock police are asking antiques and salvage dealers to be on the lookout for stained-glass windows stolen from a historic church.

Panes of glass, ranging from roughly 2-by-2 feet to 3-by-2 feet, have different designs. Several depict a large lily (or fleur-de-lis) set against a background of yellow- or cream-colored hexagons, with a colorful border.

Others are just yellow- or cream-colored hexagons.

MVI is concerned that the windows may be sold to an antique dealer or architectural salvage dealer for re-use in a house or business, Zinski said. The purchasers may not realize they are in possession of stolen property.

Built in 1893, the church closed its doors in 2017 as a result of declining attendance. Some of its fixtures were donated by steel magnate and philanthropist Andrew Carnegie and most of the historic features remain intact.

MVI, a non-profit community development corporation, purchased the church in 2018 and is developing a plan to transform it into housing, while retaining much of the church’s present appearance — including the windows.

In all, 16 windows were stolen or damaged, a spokesperson said.

Witnesses reported seeing someone lurking around the area of Parker Avenue on Wednesday night but did not have a description. Police believe that the same person or persons may have attempted to break into the Braddock Carnegie Library as well.