Time is running out for the Mon Valley to complete the 2020 U.S. Census 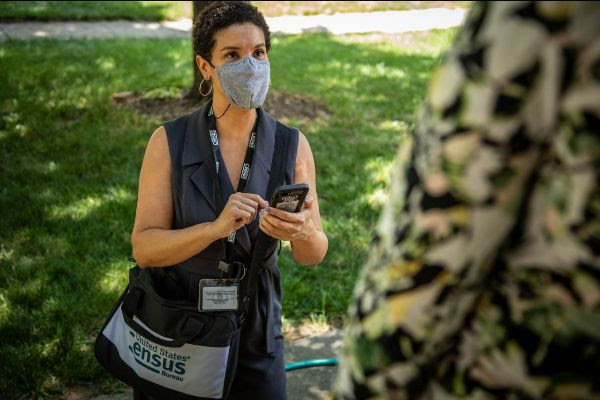 Time is running out for the Mon Valley to complete the 2020 U.S. Census

Since the 1980s, the Mon Valley has become used to population loss.

But there’s reason to be concerned that after the 2020 U.S. Census, the results will be much worse than normal.

A census is required every 10 years by the U.S. Constitution. The count is used to decide how county, state and federal resources are invested into infrastructure, transit, housing, health care, education and many other programs.

Some groups are at high risk of being under-counted. They include people who rent, rather than own, their homes; Black and Latinx people; immigrants; the poor; and the elderly.

The Mon Valley — and especially those communities served by MVI — has a high percentage of those groups.

This year’s census is especially problematic. The federal government has decided to end counting for the 2020 U.S. Census on Sept. 30, a month earlier than expected.

In years past, census enumerators would have gone door-to-door to check on households that didn’t return their forms. Because of the COVID-19 pandemic, there are fewer census enumerators, and those census-takers who are visiting houses are finding people are reluctant to talk to them.

On average, about 61 percent of Americans and 67 percent of Pennsylvanians have already responded to the 2020 U.S. Census.

What boroughs and cities are being under-counted?

Some communities in the Mon Valley — mostly wealthier communities where a majority of residents own their homes — are at or above the average.

Most others, though, are below-average. The borough with the lowest response rate is West Elizabeth, which began August at a dismal 22 percent.

“The Mon Valley area is quite behind in the census,” Braddock Mayor Chardaé Jones said on Facebook recently. “It’s senseless to not be counted. Did you know it takes less than five minutes to complete your census?”

Here’s how you can help

If your household has already done your 2020 U.S. Census, thank you! If you haven’t, that’s OK, too. You can easily and quickly take the U.S. Census online.

Go to www.my2020census.gov. Remember, the census counts all households, including single-family homes, townhouses and apartments. You’ll need to enter your address number to ensure that the census is counting you correctly (and not counting you twice).

Encourage your friends, relatives and neighbors to respond to the U.S. Census. If they don’t have a computer or don’t use the Internet, they can telephone the U.S. Census Bureau, toll-free, at 844-330-2020.

MVI is doing its part

MVI is doing its part, too. In July, we were awarded funding from Grantmakers of Western Pennsylvania, The Complete Count Committee and The Pittsburgh Foundation to do targeted outreach to select communities and encourage everyone in the Mon Valley to be counted.