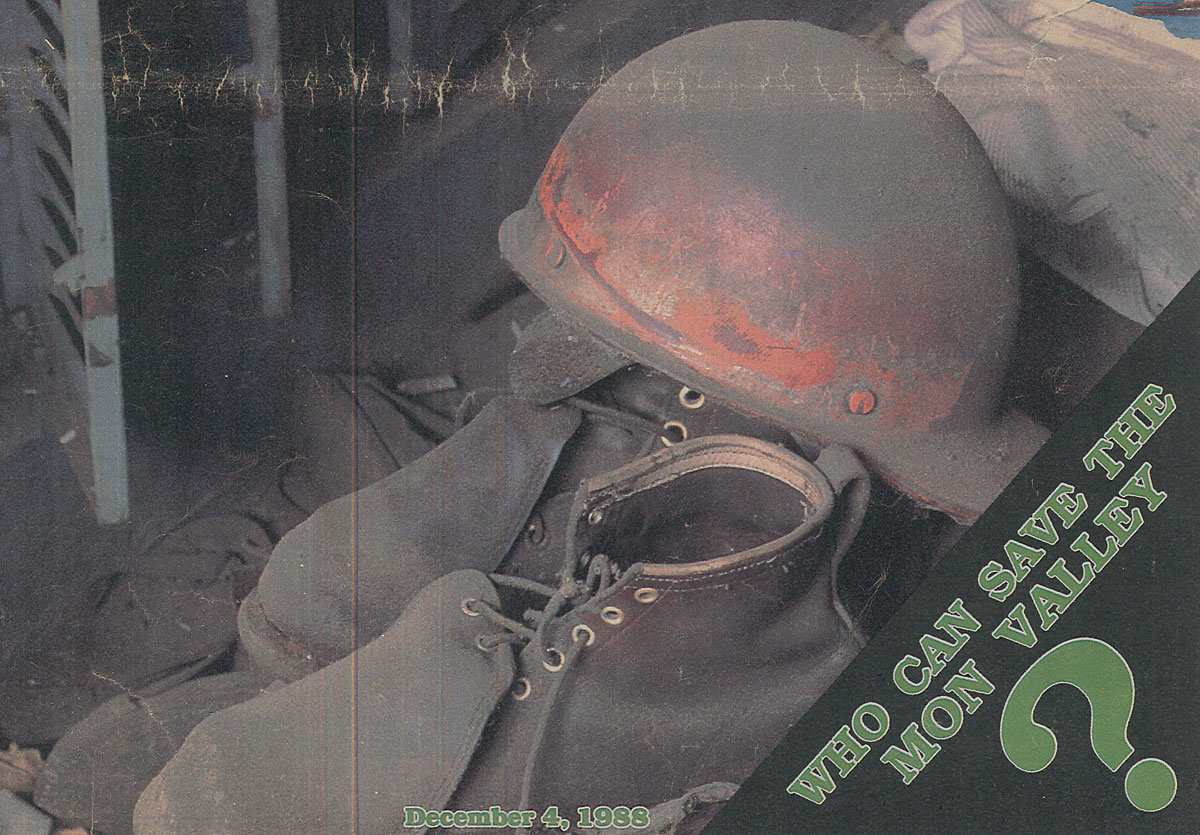 In the late 1970s and early 1980s, U.S. Steel, Westinghouse Electric, WABCO, Union Switch and Signal and Wheeling-Pittsburgh Steel all closed major manufacturing plants in the Monongahela Valley. Some sources indicate that as many as 175,000 jobs were lost in the region when these plants closed.

Major industrial sites occupied hundreds of acres of land, and as landowners, the corporations were major taxpayers. Without this tax revenue, communities in the Mon Valley were hard-pressed to provide basic services to their residents. People moved out, and the Valley’s role as the engine of the Pittsburgh region’s economy was lost.

As factories were closing, a number of business and industry leaders representing Pittsburgh’s largest corporations began an aggressive plan to address the problems that arose from the fall of heavy manufacturing.

Through the Allegheny Conference on Community Development, the group focused its work on setting strategic investment strategies for the region to address the devastating economic decline. One of their recommendations included hiring a community organizer to find a way to encourage reinvestment in the Mon Valley.

That organizer, Michael Eichler, and key leaders and funders of the Allegheny Conference sought solutions directly from people who lived and worked in the Valley. They recommended strategies that offered a means to broadly engage local people in implementing economic and community development projects.

In addition to helping to form new grassroots organizations, Eichler also provided support to community development corporations, or CDCs, that were already in existence. Through the Allegheny Conference the “Mon Valley Development Team” was formed in January 1987.

In April 1988, the representatives of these grassroots CDCs began to discuss the possibility of forming a regional coalition. These discussions led to the incorporation of Mon Valley Initiative in December 1988.