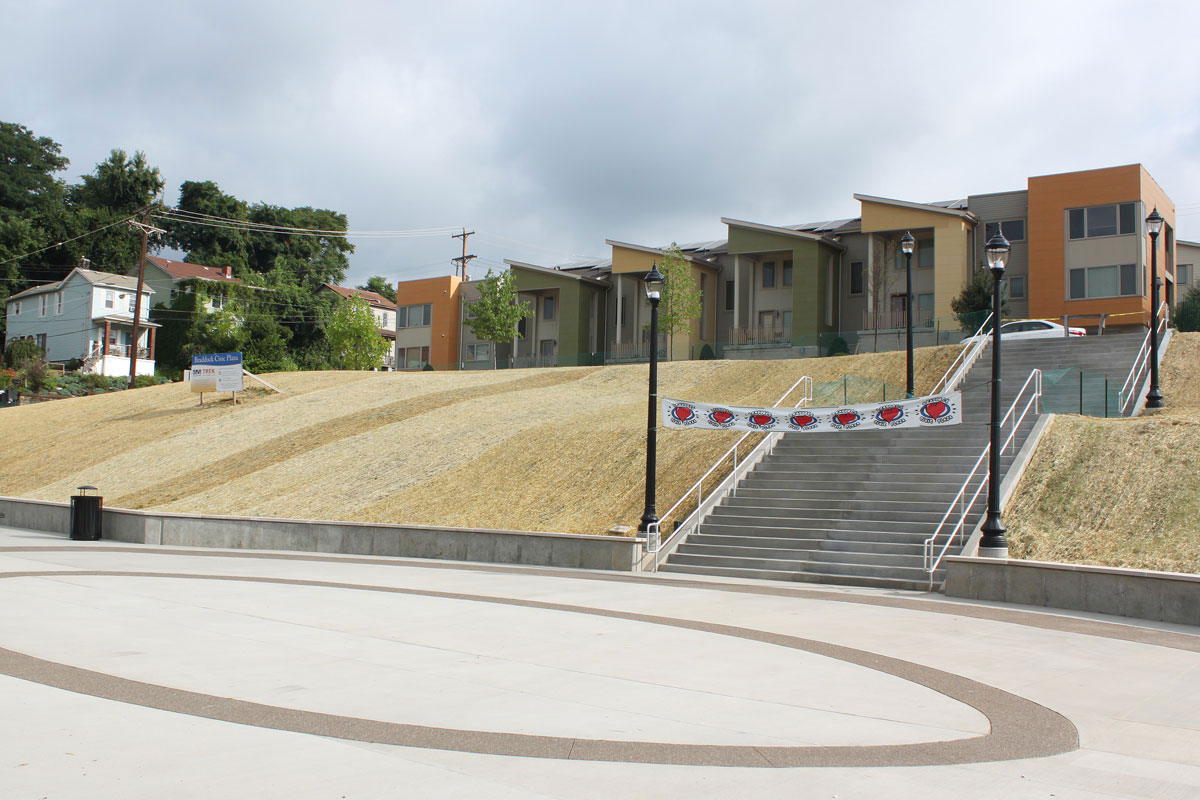 The Civic Plaza is located on a portion of property that was once occupied by UPMC Braddock Hospital.

Following the hospital’s closure and demolition, MVI in 2011 hosted the first of several public meetings in Braddock to review ideas for the site, Shattuck said. Early in the process, residents voiced their opinion that the community needed a town square or central gathering place.

The site was acquired by the Allegheny County Redevelopment Authority and TREK Development Group of Pittsburgh was selected as the master developer.

Covering 60,000 square feet, Braddock Civic Plaza includes a grand staircase, benches and decorative lighting, as well as power and water connections for food truck vendors. It incorporates structured green space for community events as well as unprogrammed space for use by neighborhood residents.

The plaza was designed by Klavon Design Associates of Pittsburgh and engineered by Herbert, Rowland & Grubic, Inc. of Cranberry Township. General contractor was A. Liberoni, Inc., of Plum and the electrical contractor was Merit Electric Group, Inc., of Oakmont.

The plaza’s construction was funded by the Pennsylvania Department of Community and Economic Development, the Pennsylvania Department of Conservation and Natural Resources, the Allegheny County Community Infrastructure and Tourism Fund, The Grable Foundation, The Allegheny Foundation and The Richard King Mellon Foundation, with additional support from Dollar Bank, PNC Bank and WesBanco Bank, who are part of a neighborhood partnership program in Braddock.