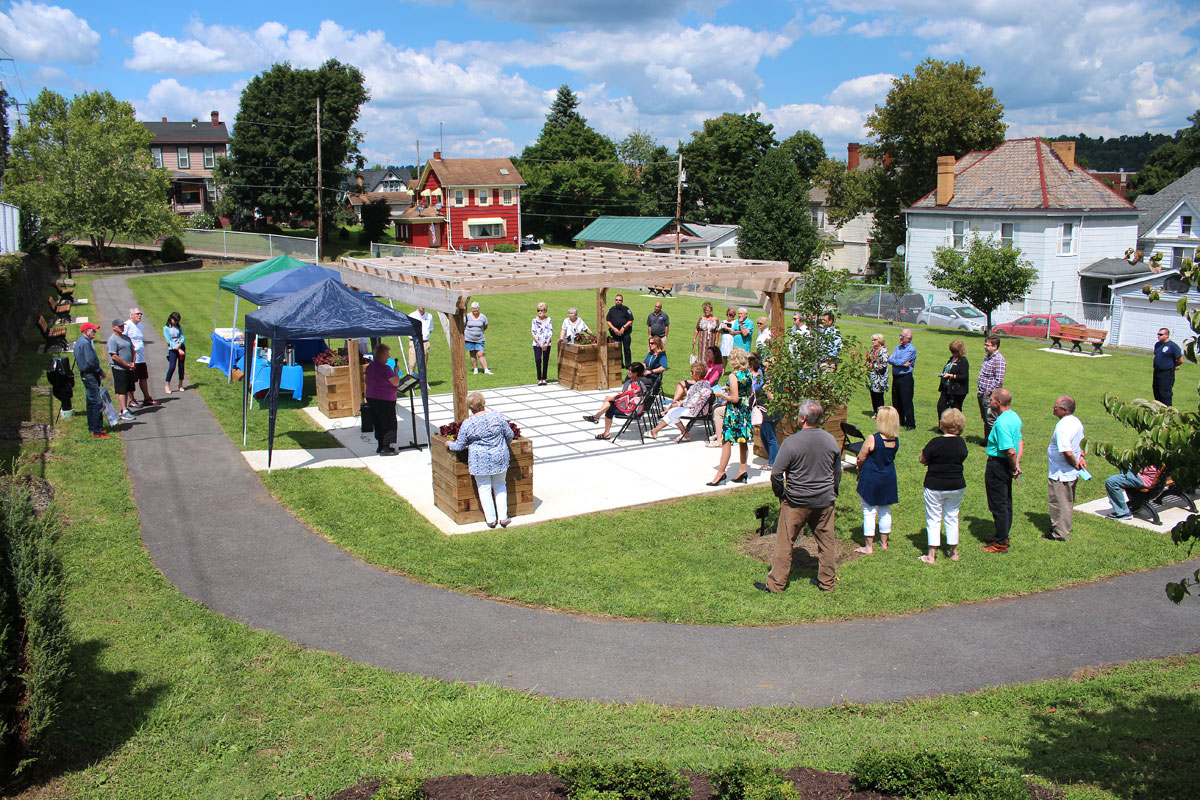 Located on the site of Charleroi’s former junior high school, Meadow Park was designed as a neighborhood asset for residents of the borough who live on Meadow, Crest and Shady avenues.

Greater Charleroi Community Development Corp. and Mon Valley Initiative originally intended to construct housing on the old school property. After seven homes were constructed on part of the property, funding for additional housing was unavailable.

The borough’s hilly topography means that recreational areas are at a premium. Instead of allowing the remaining property to sit vacant and unusable, MVI and Greater Charleroi CDC developed a plan to turn it into safe, accessible greenspace.

Future improvements to Meadow Park are planned, including additional landscaping and enhancements to the pagoda or “pergola.”