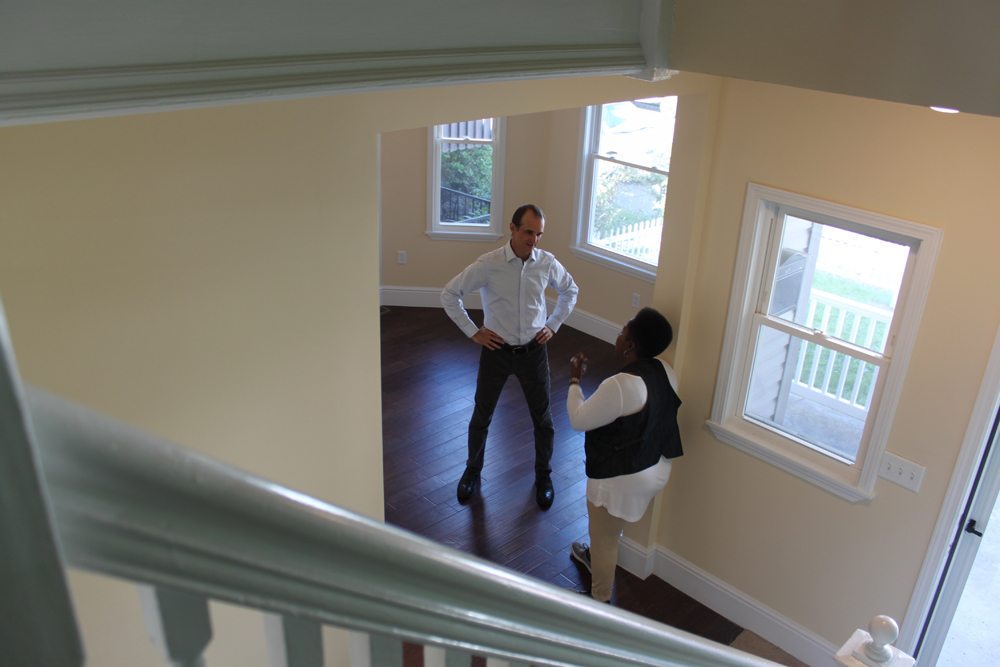 Sponsored by the Swissvale Economic Development Corp., PrimeLending and Mon Valley Initiative, the free event was designed both to match potential owners with houses in the borough east of Pittsburgh, as well as to explain programs that can allow buyers to turn an older structure into their dream home.

One of the homes on the tour — on Aurelius Street — has already received several offers, said Stephanie Eson, community outreach specialist for the Mon Valley Initiative, and a sale is pending.

As part of the “Make Swissvale Home” event, SEDCO is offering grants of $1,000 in closing cost and down payment assistance to the first 10 buyers who purchase a house, now through Sept. 11, 2017.

Participants began the day at 2 p.m. at GoodFellas Restaurant on McCague Street, where they were greeted by SEDCO volunteers, Swissvale Mayor Deneen Swartzwelder and MVI employees.

Following an introduction by Swartzwelder, Jeff Philibin and Michel Wright of the Johnstown, Pa., office of PrimeLending, gave a presentation on the Federal Housing Administration’s 203(k) loan program, which allows homebuyers to finance up to 110 percent of the cost of purchasing and renovating an older home.

PrimeLending, a subsidiary of Texas-based Plains Capital, has been one of 10 largest mortgage underwriters in the United States for the past four years.

Older houses may have problems such as wet basements, leaky plumbing, outdated wiring or cracked foundations, Philibin said. A 203(k) loan may be used to remedy those kinds of problems, and others, including roof repair or replacement, new heating and cooling systems, landscaping and drainage improvements and kitchen and bath remodeling.

Philibin called fixing up an older house an “adventure” — and not as easy as cable television home renovation shows may make it appear.

“Life is too short not to live in a house that you really, really love,” he said.

SEDCO is a non-profit group of individuals living and working in Swissvale who are dedicated to the revitalization of the borough of approximately 8,855 people. It is one of the community development corporations, or CDCs, that make up the Homestead-based Mon Valley Initiative.