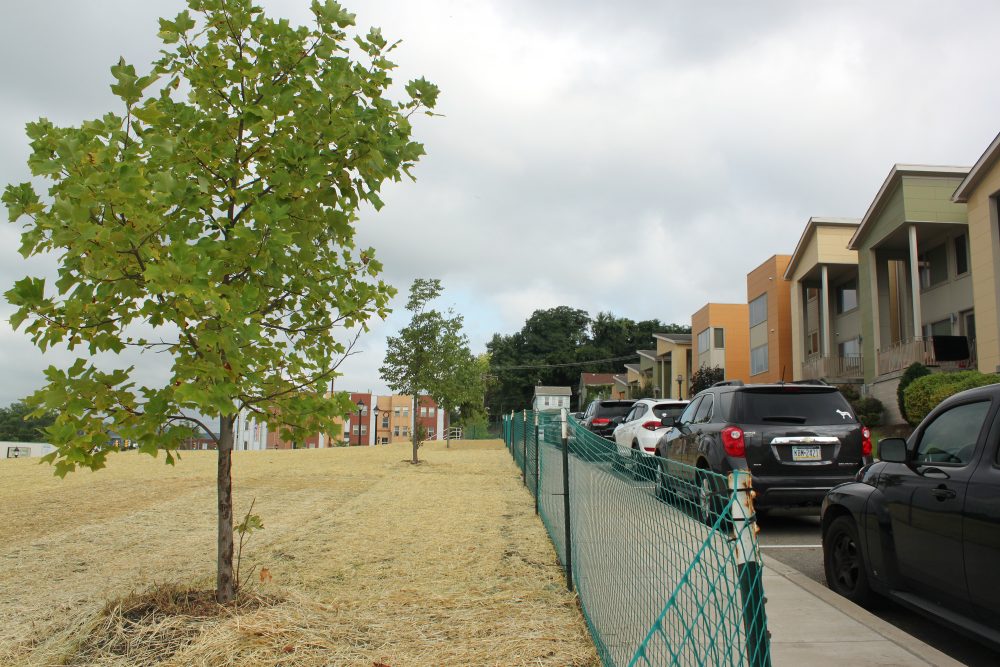 The grand opening of Braddock Civic Plaza on Aug. 11 is more than a celebration of a new greenspace, says the chief executive officer of the non-profit group that spearheaded its construction.

Laura R. Zinski, CEO of Mon Valley Initiative, said the plaza is also a celebration of the public-private partnership that began as soon as the former Braddock Hospital closed in 2010.

“People believe in Braddock passionately, and back in 2011, residents, elected officials and private businesses and foundations all came together to plan and imagine what Braddock Avenue could look like in the future,” Zinski said. “Their vision led directly to this $1 million investment.”

The dedication of Civic Plaza, located along Braddock Avenue, is being held in conjunction with Braddock Community Day, being organized by the borough and community volunteers. Events begin at 11 a.m. and will include live music, food trucks, games, vendors and public art.

The plaza’s construction was funded by the Pennsylvania Department of Community and Economic Development, the Pennsylvania Department of Conservation and Natural Resources, the Allegheny County Community Infrastructure and Tourism Fund, The Grable Foundation, The Allegheny Foundation and The Richard King Mellon Foundation, with additional support from Dollar Bank, PNC Bank and WesBanco Bank, who are part of a neighborhood partnership program in Braddock.

“The support of these different public and private groups, and their faith in Braddock, was inspiring,” said Patrick Shattuck, MVI real estate and community development director. “Their investment in the community has literally transformed the heart of the business district for decades to come.”

The process that led to Braddock Civic Plaza’s construction began shortly after the former site of UPMC Braddock Hospital was acquired by the Allegheny County Redevelopment Authority. TREK Development Group of Pittsburgh was selected as the master site developer for the nearly 7-acre site.

In September 2011, the first of several public meetings was held in Braddock to review ideas for the site, Shattuck said. Early in the process, residents voiced their opinion that the community needed a town square or central gathering place.

“TREK Development Group and its president and founder, Bill Gatti, deserve a lot of credit for listening to the community and committing themselves to the Braddock Civic Plaza concept,” Shattuck said. TREK currently owns the civic plaza property, but has an agreement to donate it to the borough, he said.

The plaza was designed by Klavon Design Associates of Pittsburgh and engineered by Herbert, Rowland & Grubic, Inc. of Cranberry Township. General contractor was A. Liberoni, Inc., of Plum and the electrical contractor was Merit Electric Group, Inc., of Oakmont.

Covering 60,000 square feet, Braddock Civic Plaza includes a grand staircase, benches and decorative lighting, as well as power and water connections for food truck vendors. It incorporates structured green space for community events as well as unprogrammed space for use by neighborhood residents.